What is eSim and how will it change the way we connect?

eSIM is a new technology that will let you choose wireless providers from a list and get connected instantly. And that is not the biggest thing it will change!

No one knows what it stands for, but everyone knows what SIM cards look like. SIM card is short for Subscriber Identification Module and it acts like your ID with your provider and other networks you visit while travelling. Inserting a SIM card, taking it out from the phone, knowing it’s size - Nano, Micro or just Regular - is something many of us has gone through at some point in our lives. If you are a nerd like me, you carry around a pin to open SIM trays with you at all times. It is on my home key ring, for not so rare situations when I need to swap to a different phone or pop a local SIM in when I am travelling outside of Canada or the US (roaming sucks!). Also if you are like me, you probably helped countless family members deal with their phone troubles. That’s where you really learn about different phones, service compatibility issues, weird European frequencies and entering phone settings manually trying to get things like data or mms to work.

So how will the latest eSIM technology make this better? 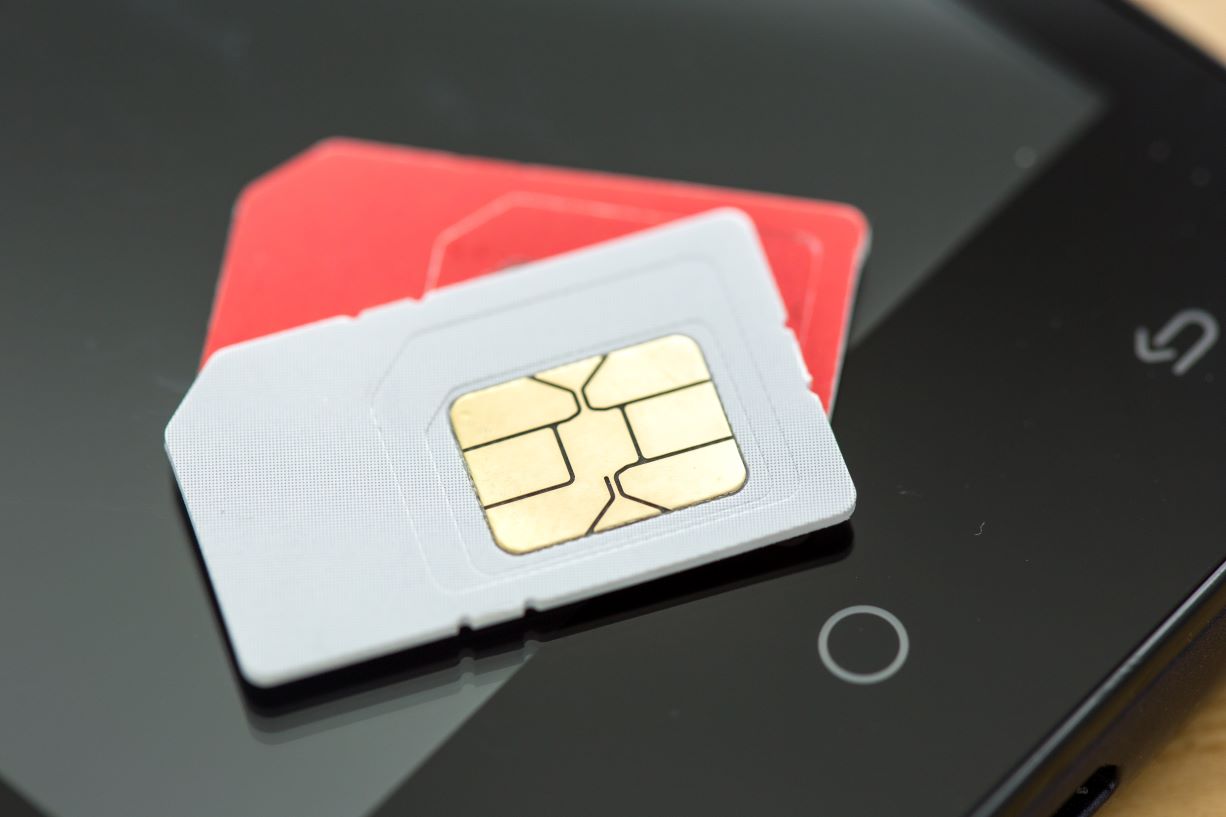 How did the SIM appearance and technology develop?

First developments were kind of underwhelming, cutting excess plastic to save on space to able to fit into newly launched 'candy bar' phones. By the time we were in Motorola Razr age, SIM card became smaller, and at the same time adding memory (256KB or even 1MB total), improved security and added additional features- SIM card now handled not only the authentication to the network, but also stored multiple service parameters, and roaming settings. SIM cards also became manageable and upgradeable over the air.

Since the launch of the iPhone manufacturers like Apple started leading the charge. With it’s typical determination to unify the experience across all devices and keep the software up to date for all it’s models, Apple  started an official supported carrier list. Each carrier would configure, certify and test their wireless services to work with iOS this way ensuring that if a customer switches carriers they can still use the SIM in other phones. By installing the wireless service provider's SIM card and reading the Mobile Country Code (MCC) and MNC (Mobile Network Code) saved in the file system of the SIM they were able to deliver network specific settings to the phone. All the configuration for important services that used to take so long to certify, test and physically put on each phone prior to release was now essentially done through the air when the phone was already in the boxes. Engineers had a reliable way to deliver the latest software to work with the latest operators settings.Together with settings that ensure your 3G or LTE data works, you were getting services like MMS, voLTE, Wi-Fi Calling, Hotspot, Visual Voicemail and more. On the surface only iMessage and Facetime would be seen by consumer since they needed the phone number for the service to operate, but so many other things are done in the background for phone to correctly work with all network services.

Breakthrough of the last few years 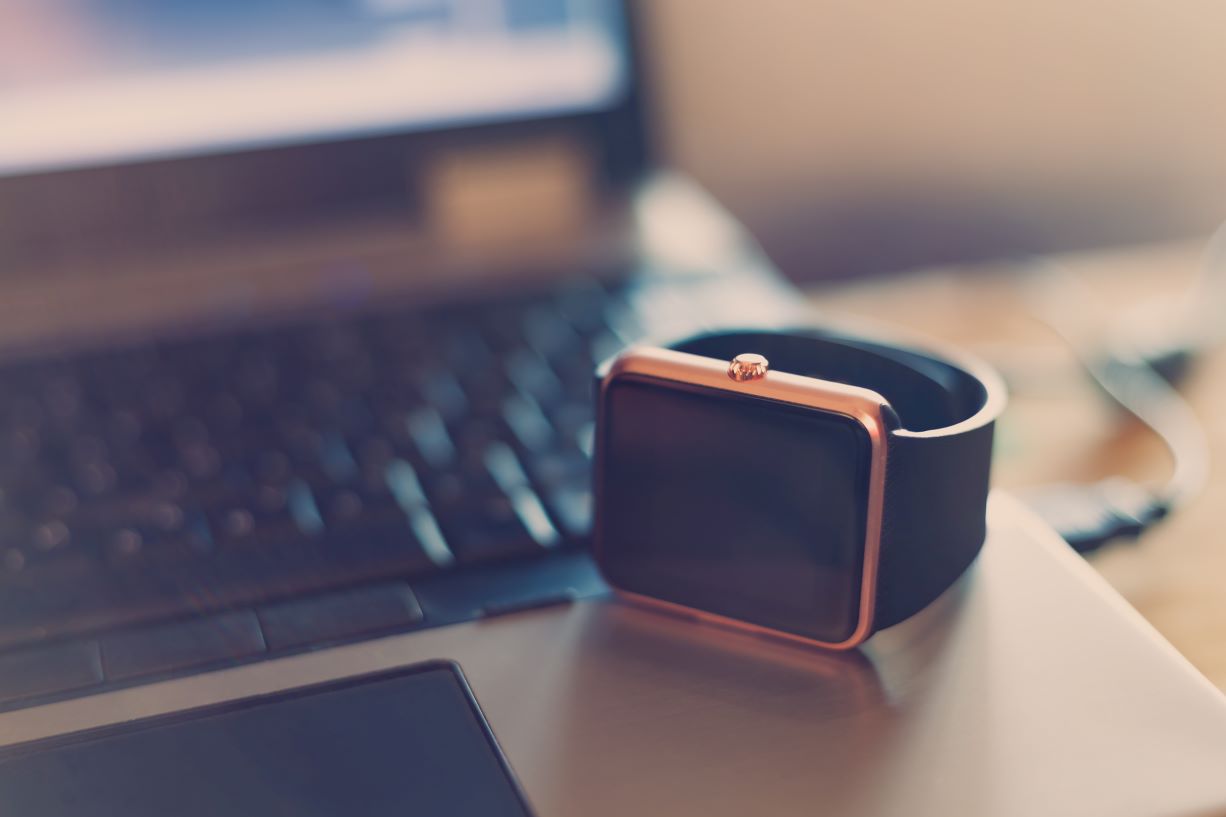 Then 2017 came along and one of the most antiquated and restrictive carrier practices of locking devices to specific carriers came to an end. With the introduction of Wireless Code of Conduct 2nd edition on December 1st, 2017 Canadians no longer needed to pay unlocking fees (sometimes up to $80) and go through the hassle of listening to multiple retention agents. It gave the right to use the device we own (or owe money for) anyway we like. Having tried to change the antiqued and uncompetitive practice in the the market before with the first edition of the Code of Conduct and failed it was a special day. After all, being able to take the SIM out means having full control of your own device. Not needing to ask anyone permission to switch carriers or sell (or pass on) the device you own (and might owe money for if you have a contract) to someone who would be able to choose their own provider, meant higher device residual value, more choice and more competition!

What devices are compatible with eSIM?

Google, Apple and Samsung have initially introduced the concept of eSIMs. Their smartphones and wearable devices including Google Pixel 2, Google Pixel XL, Apple Watch 3, Samsung Galaxy Gear S2 3G and the iPad 9.7 are some of the first devices that appeared with eSIM technology.

Apple has now launched its latest smartphones e.g. iPhone XR, XS and XS Max with support for eSIM cards as a primary or secondary service. The users are provided with the option of two cellular plans, one on the physical / removable SIM card and the other on an eSIM. They just need to identify the service providers, which offer cellular plans on eSIM. The plans can be activated either by QR code or through app.

Advantages over the physical SIM

How is the eSIM different from a physical SIM? Why change? eSIM is embedded or electronic version of the SIM card that can be updated over the air. Instead of the physical SIM card now securely stored on your phone’s or watch’s (or other device’s) memory. So if SIM proven technology that works why change now? Physical SIMs after all are secure, fairly easily interchangeable and now can even be upgraded over the air. Why change? What are advantages and benefits? The answer is there are A LOT!

Here are some of the key eSIM advantages for Canadian wireless customers:

No longer need to go to physical store during their limited work hours especially if you do not need a new phone.

Download happens in a matter of seconds over Wi-Fi.

Always up to date

It is easier to keep the eSIM up to date with the latest operator settings.

As secure as physical

Banks use the same technology for the credit cards. File systems on SIM cards are among the most secure in the world developed by the companies that produce credit card chips, passports and identity documents. These same companies provide eSIM capabilities.

SIM card size has been shrinking and so is the cost of producing a physical SIM. But it’s not the production or distribution costs that are of significance here. Nor saving on space on the device. Most of the cost can be saved by eliminating the hefty distribution and third party costs. Over the life of 24 months it could ad up to tens of dollars in additional wireless plan costs.

All of the new iPhones (XR, XS and XS Max and iPad Pro) support a dual - physical and eSIM. You can store more than one eSIM (like having them in the pocket), but can only use one eSIM at the time alongside of physical sim.

Multiple smartwatches (including Apple Watch 2 and 3) support eSIM. More wearables, dog collars, bicycle security locks, tiny devices are waiting to get connected. Being able to connet them efficiently and affordably will be key.

Canadian carriers somehow think it is ok to charge extra $$ when you go to other countries for roaming. Local SIM has always been the easiest choice. Two easy ways to get it. By downloading a specific carrier or by accessing the carriers link on a card (a qr code on the back of airline brochure or the poster next to the the escalator will do too) Your next phone will most likely support eSIM. Will your wireless provider? With GSMA (International GSM provider Association) backing of the eSIM standard and both Apple and Google including the eSIM in their newest smartphones and watches this exciting new technology is ready for center stage.

Your next phone will almost certainly have eSIM capabilities. Will your wireless provider embrace the eSIM?

What we can tell for sure is that dotmobile is committed to supporting the eSIM. We are even ready to make a promise that your first eSIM will always be free. We hope to share some more good news about our eSIM plans in the near future. Good news for people that still want to use physical SIMs (for ease of swapping with older models or other reasons). eSIM will be initially implemented as a complementary feature to a physical SIM - both a physical slot and eSIM (ability to download securely SIM files) will exist in the phones side by side for the near future.

My First Taste of CES

Building a Telco with Flutter

Fix it! - No service at the Raptors parade?

We are so thankful for you to decide to grow with us!

Show your support for independent, tiny telecoms and become a Founding Member, then take our 1-minute survey.