Our first network agreement and another step towards affordable and awesome

We’ve just signed our first network agreement. What does it mean to dotmobile and its members?

Let’s get this out of the way: no, we are not yet launching our national wireless service. Our first network agreement is with Iristel - they are but the first piece of the puzzle and there is still more to be done.

Still, it’s a big milestone! It’s the first of several agreements that we need to bring affordable and awesome wireless to all Canadians, no matter where they are in our vast country.

No single mobile network operator covers the entire country. They all have agreements with each other to share networks or to pay a wholesale rate for access. A great example of this is Bell and Telus. Neither has a network that covers the whole country, instead, Bell builds a network in the East and Telus builds a network in the West. They agree to share these networks with each other rather than build redundant networks over top of one another.

MVNOs like us will operate in much the same way. We will have a core network that is the smarts behind the wireless service, and that core network will connect to several different radio-access networks (the towers). The only difference is that we won’t own or operate any of the towers.

Iristel owns and operates a radio-access network in Canada’s Far North, an extremely difficult area to build with some of the lowest population densities in the world. Yet it’s critical for our country to have connectivity in these regions. 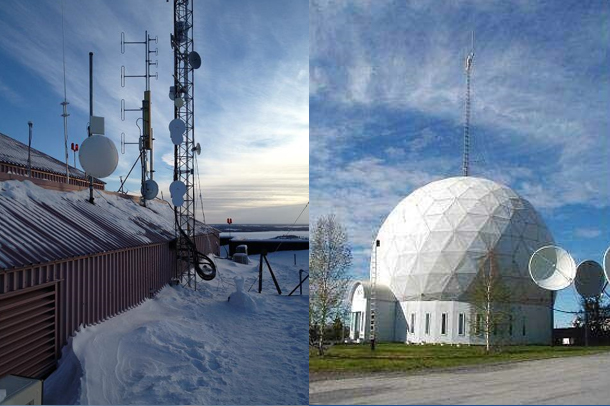 Image: An Iristel base station in Yellowknife, NT (left) and an ICE Wireless data centre in Inuvik, NT (right).

The big three don’t have their own network in Canada’s Far North and rely on agreements with Iristel to provide service in those areas. Since our service will be available to anyone in Canada, no matter who they are or where they live, we have gone ahead and signed an agreement with Iristel too, but as a Full MVNO.

The answer to that is largely dependent on the CRTC’s ruling on the wireless industry review. Most of the mobile network operators are not willing to continue negotiations until the framework for MVNOs and wholesale network access are announced.

What is clear, however, is that we need smaller independent companies to build new and innovative experiences on top of these physical networks. Canada is fed up with the status quo. We don’t want more of the same.

The team at dotmobile isn’t good at sitting around and waiting for things to happen, so in the meantime, we will be negotiating with other regional MNOs.

We’ll also be exploring other types of services that we can offer in the meantime, thanks to some of Iristel’s coast-to-coast-to-coast VoIP infrastructure and international wireless networks. (Fun fact, Iristel and its affiliates have also built networks in Africa and Eastern Europe.)

Expect new Build It! posts exploring the next phase of our development as we prepare for launch in 2021.

CRTC ruling is another loss for Canadians